Why To Plan A Holiday In Himachal Pradesh?

Book travel packages and enjoy your holidays with distinctive experience Why To Plan A Holiday In Himachal Pradesh?

There are many top reasons to plan a trip to Himachal Pradesh. Its spectacular snow-clad peaks, dense pine forests, roaring rivers and zigzag roads, is a gift from Nature. The various hill stations here are perpetually dressed in a holiday-like atmosphere, while its colonial heritage, a gift from the British Raj, weaves its own charm on the people. Its amazing topography provides immense opportunities for engaging in a diverse range of adventurous opportunities.

In Himachal Pradesh, there is so much to explore, so much to do. Whether it is Shimla, Manali or Dalhousie, every place provides you with a unique experience. What better place then, to head for a holiday? This blog brings you the top 15 reasons to plan a holiday in Himachal Pradesh. Shimla, the capital of Himachal Pradesh, was once the summer capital of the British in India. Today, that colonial legacy is visible in its architecture. However, much of Shimla’s social life revolves around the Mall, and spending some quality time there is regarded among the best things to do in Shimla.

Dotted with shops and restaurants, it bears a close resemblance to an English Home County’s marketplace. Jakhoo Temple, the highest point of the city, offers panoramic views of the town’s hills and mountain ranges. Christ Church, Chadwick Falls, Tudor library building etc., are other attractions here. Khajjiar is referred to as the “mini-Switzerland” of India due to its green pastures, dense forests and pristine lakes. Perched at an altitude of 6,500ft, the natural beauty and scenic landscape of this place are sure to enchant every visitor.

This place is also famous for its nine-hole golf course which is enveloped by lush greenery and a marvelous landscape. The options for adventure sports too are numerous here, including horse riding, zorbing, trekking, paragliding etc. One of the most popular tourist spots is the Khajjiar Lake.More Information on Khajjiar.

The Quaint Charms of Dalhousie! 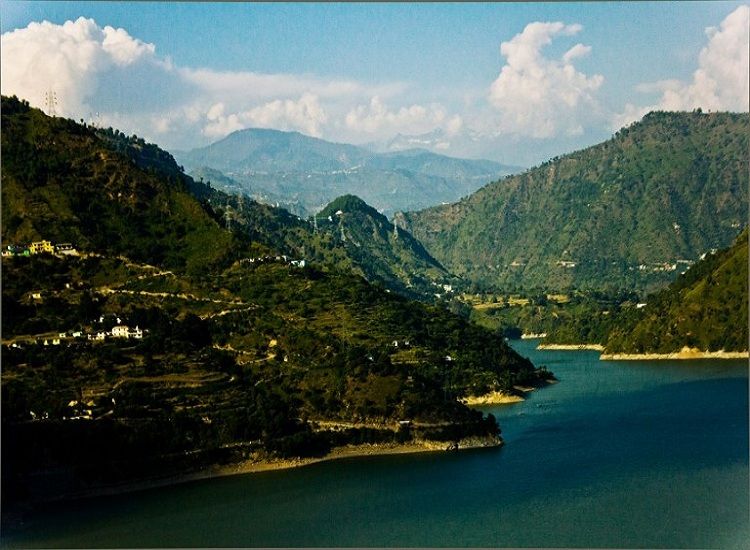 The hill station of Dalhousie is dressed in a colonial charm which evokes nostalgic memories of the British Raj. It is one of the best places to visit in Himachal Pradesh. The town’s varying altitudes have gifted it with a diverse variety of vegetation including deodars, oaks and pines.

Besides, this charming little town possesses a rich architectural legacy, much of which is visible in its magnificent churches like St. John Church, St. Francis Church etc. One could visit the Subhash Baoli, Panjpulla, get an incredible view of Bakrota Hills or enjoy a picnic at Kalatope. 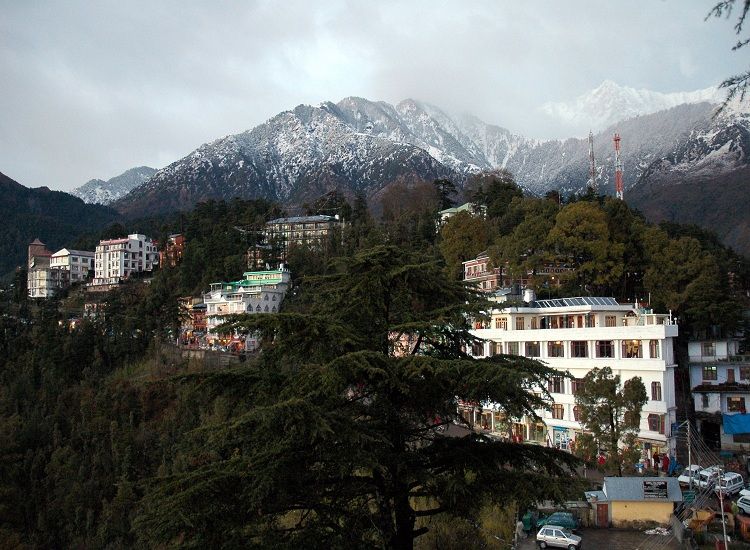 This lovely hill station, located about 17km northeast of Kangra town, is carpeted with oak and conifer trees. It’s encircled by snow-clad peaks on three sides. It gained its fame as “The Little Lhasa in India,” ever since it became the temporary headquarters of His Holiness the Dalai Lama.

Some of the places worth visiting here are the Kangra Art Museum, War Memorial, Kunal Pathri Temple and the tea gardens on the way to Kunal Pathri. Bajinath Shiv Temple and St. John’s Church are other places that attract their fair share of tourists. What makes paragliding at Bir-Billing special? For one, this place has hosted the first ever World Cup of paragliding in the world. Its incredible height and climate make it highly suitable for any airborne gliding sport. Some of the other reasons that make it a highly sought after sport in this region are best takeoff and landing sites, suitable air currents and ideal cloud base.

Rohtang Pass – A World Beyond! Be sure to visit Rohtang Pass when you plan a holiday in Himachal Pradesh. Located about 51km from Manali, its accessible only by road. However, the journey is worth it because what awaits the eyes exceeds all measures of expectations.

Here, the mist hovers carefree in the air and as your car negotiates its way through the narrow roads flanked by snow walls on both sides, you know you’ve experienced something special. On the way, enjoy the various snacks and beverages available at the stalls present at occasional intervals. Apart from absorbing the beauty of its scenic landscape, Manali has been a favorite destination for water sports. River rafting is one of them. River Beas, stretching over a distance of almost 20km in Manali with the right kind of stability, provides the ideal location for this exciting sport. Possessing the most ideal currents, it provides the scope for river rafting throughout the year. However, the best months for going rafting are June and July. 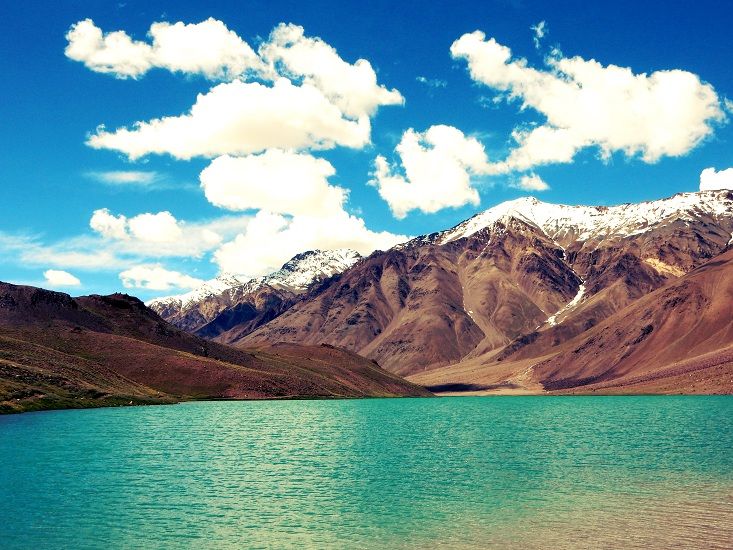 Amongst the many places to visit in Himachal Pradesh for honeymoon, visiting the lakes is a must! The fabulous lakes scattered throughout the state embellish its intrinsic beauty. Brighu Lake is one of the famous lakes here. Sage Brighu is said to have performed penance by its banks.

Kareri Lake, with its crystal clear waters, is a famous picnic spot. Maharana Pratap Sagar Lake, located in the city of Pragpur, is a man-made lake, and has been declared as one of the 25 international wetland sites in India.

The Land of Monasteries! Himachal Pradesh is home to some of the most ancient monasteries in the world, besides being the abode of the 14th Dalai Lama. One of the famous monasteries is the Shahshur Monastery. Founded in the 17th century AD, it attracts throngs of tourists in the month of June/July when the Lamas perform devil dance.

Namgyal Monastery is another monastery which is famous for the traditional Tibetan architectural designs that adorn its interiors. Some of the other famous monasteries are Gemur Monastery, Dhankar Monastery and Kye Monastery, among others. What makes the sanctuaries, and thereby, the wildlife of Himachal Pradesh, so special? One of the things which does is the presence of animals from the Great Himalayas. A visit to its wildlife sanctuaries lets one witness several exotic animals like Snow Leopard, Black Bear, Barking Deer, Goral, Sambhar etc. Himachal Pradesh is also called “Dev Bhoomi,” or, Land of the Gods. Its splendid mythological past can be witnessed in the various magnificent temples scattered across the state. Chamunda Devi Temple, located 15km from Dharamsala, is the famous temple of Goddess Chamunda Devi. A vast water pool here houses the statues of Lord Shiva and Saraswati.

One of the other busiest places of pilgrimage is Bajreshwari Devi Temple in Kangra. The other temple which is enormously popularly is Jwala Devi Temple, whose dome was a gift from Emperor Akbar. For witnessing grandeur and magnificence on a grand scale, pay a visit to Laxmi Narayan Temple in Chamba.

Fairs and Festivals, The Year Round! Himachal Pradesh, being a kaleidoscope of cultures, celebrates a variety of fairs and festivals the year round. Just like anywhere else, these festivals are marked by colorful dance parades, mask dances etc.  One such festival is the Halda Festival. Held to welcome the New Year, it witnesses the lighting of a bonfire by the lamas which signifies the unity of the community.

Sazo, which is celebrated to bid adieu to the village deities, is the most awaited festival of the state. Doongri Festival, held mostly in Kullu, celebrates the birthday of Hadimba Devi (wife of Bhima). Himachal Pradesh has been gifted generously by nature, and is the perfect place for seeking adventure, and engaging in adventure sports. Indeed, adventure abounds here. River rafting, also called white-water rafting, is becoming synonymous with the state. Some of the places where this sport is held are, Sutlej at Tattapani near Shimla, on the Beas near Kullu, the Ravi near Chamba and Chandra in Lahaul. 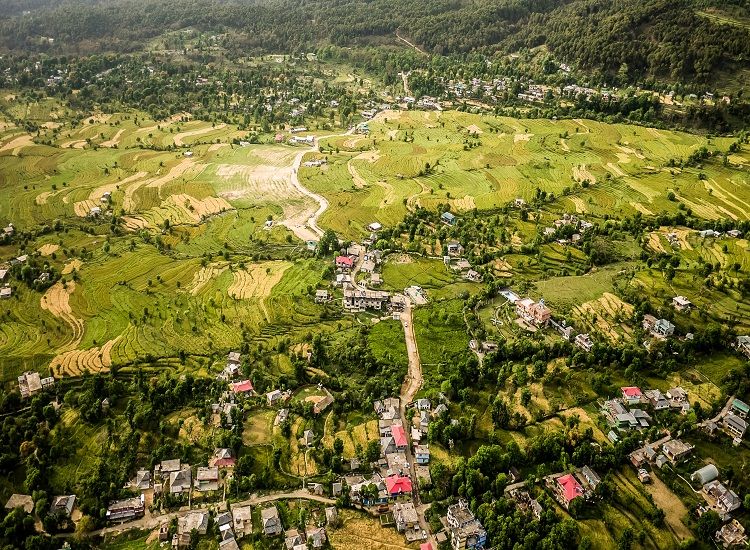 Kangra Valley traces its history back to the Vedic times. Sheltered by the sublime Dhauladhar Range, it’s one of the most picturesque valleys of the lower Himalayas. This fabulous valley is gifted abundantly with greenery, besides other man-made monuments, temples and other such attractions.

One of these is the Kangra Fort, visiting which transports you back in time. The rich historical past of the state can be witnessed at the Fort of Nagarkot. One can come across a brilliant example of Indo-European architecture at the Judge’s Court, or go sightseeing around the heritage village of Pragpur. 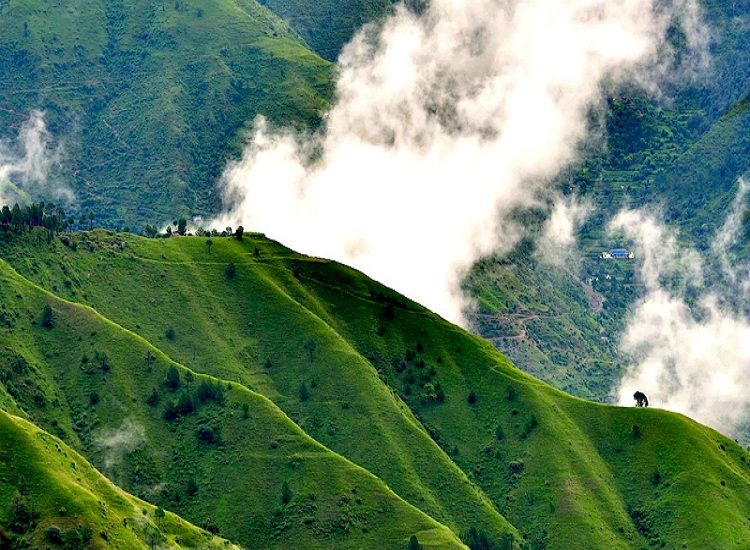 Chail is a quaint hill station steeped in tranquility and serenity. This place must find a mention in your list of places to visit in Himachal Pradesh. Its known for hosting the world’s highest cricket and polo grounds. This place offers some panoramic views of the nearby surroundings.

One of its major attractions is the Palace Hotel. Once owned by the Maharaja of Patiala, it has now been converted to a heritage hotel. A magnificent temple worth visiting is the Kali ka Tibba (temple). To discover a variety of flora and fauna, visit the Chail Widlife Sanctuary, perched at a height of approximately 7,152ft.